Is Video Game Music the Key to Improving Concentration?

Students at Orion use a variety of approved alert strategies to manage stress and anxiety levels while stimulating productivity in the classroom. One of the most widely used and underdeveloped strategies is the use of music and noise to increase concentration and focus, and elevate mood. With permission, students use their headphones and earbuds to block out distracting noise around them and choose their own playlists and soundtracks while working independently. No teacher at Orion would disagree with the benefits of noise cancelling tools, but most would argue that the specific choice of music type is an equally important aspect. 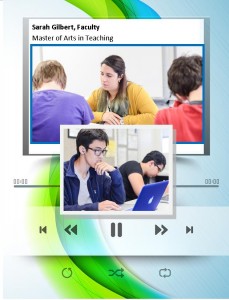 In 1993, a study was conducted to investigate the effect of listening to music on spatial reasoning, speed of processing, and creative problem solving. Popularized by misinterpretation and a Georgia governor, the public was told listening to Mozart’s music would increase their IQ and mental functioning. Baby Mozart products of the mid-1990s claimed to improve listening disorders, dyslexia, ADHD, autism, and other physical and mental disorders. In 2006, research focused on the effects of types of music by beat count on specific tasks. Dr. Emma Gray1 concluded music in the 50 to 80 beats per minute range has a calming effect on the mind that is conducive to logical thought, allowing the brain to learn and remember new facts. Her research also encourages the use of familiar songs, stating known music is predictable and requires less focus when listening. These positive effects are greatly reduced with the addition of lyrics or “intelligible speech,” as studied by one Finnish group of researchers2. They found a decrease in performance in 48% of their subjects, compared to those participants listening to “masked speech” or continuous noise.

Most recently, conversations have shifted to the benefits of an unexpected genre of music – Video Game Soundtracks.  Video game music is specifically designed to provide ambience while you concentrate on the task at hand. Intentionally meant to be background music, the genre of music is designed to keep players engaged in the game without becoming distracting. This genre has the unique characteristic of being progressive and positive in nature, corresponding to the achievements earned and advancement in the actual gameplay. When we translate this to school performance, it can yield similar results: an increase in focus, a level up in productivity, and a decrease in distractions. Gaming music fits all the metrics researched for optimum work sounds without becoming repetitive or boring. Best of all, there is a whole world of vintage video game soundtracks and daily uploads of user’s remixed versions to explore. The next time you or your student are creating a playlist for work or studying, consider exploring the familiar and nostalgic soundtracks of Skyrim, Legend of Zelda, or Assassin’s Creed.  1  Clinical Psychologist Dr. Emma Gray, Cognitive Behavioral Therapy at The British CBT & Counseling    Service in London  2 Venetjoki, N. “The effect of speech and speech intelligibility on task performance.” National Center for Biotechnology Information. U.S. National Library of Medicine, Sept. 2006.